Every few weeks I’ll go pick up a few kilos of pork and binge eat it for the next few days. This morning I picked up a shoulder and a few ribs. The shoulder was pot roasted with simple flavours and eaten with a super-hot relish. The piquant relish cut through the fat and brightened up the meat considerably.

We’re trying to reduce our kitchen waste and are down to about half a bag a day, and want to reduce it further. Perhaps composting is the way forward; something I’ve never tried. If you’ve tried it, please do share your method in the comments below.

Using some waste orange peel that I peeled the zest from, which was chopped and dried for a bit, then whizzed with some powdered sugar I had lying about, and then sifting the contents, I was left with two very interesting results.

One was an orange-yellow sugar that smelled heavenly of orange and citrus and tasted quite interesting, and the second was the sugar coated orange peel that could be sifted no more.

The idea is to use the so-called candied orange peel into an exfoliating soap, using a clear soap base I’ve been experimenting with lately. Yesterday, we made some lemon flavoured soap with lemon oil and lemon rind.

We use two melt and pour soap bases at home. One is supposedly a white goat milk base that I find hard to believe, though it certainly is quite soft otherwise and melts easily. The other is a transparent, glycerine based soap base that too melts easily.

To melt the stuff, you can either construct a double boiler at home, or purchase one. I use a chocolate and cheese melting thingie that has two settings, one for chocolate and one for cheese. The cheese setting (number 2) works quite well for soap.

Then you’ll need moulds, of which I had quite a few left over from when I was experimenting with chocolate making, especially this mould with small square holes that works quite well for little soaps, though I did pick up one new mould with large cavities to try with soap making.

The process at its core is simple:

Do share your experiments with waste and how you’re trying to reduce it.

Yesterday I went to a shopping complex and remembered we didn’t have any vegetables at home. There was a shop in the complex, and I went there, and left in perhaps 5 seconds. Nearly every vegetable there was not only high priced, but wilted and quite sad. You see, the mandi tends to spoil us and that’s where I headed to next. When there, nearly every stall had crisp, fresh greens discarded alongside that apparently no one wanted to pay for or eat. The healthy cheapskate in me took over and I asked for them and every vendor happily stuffed my bag, no questions asked. Now greens tend to wilt and go yellow and other such undesirable colours quite quickly and so we made a lunch almost entirely out of them. I call it, the Phat Green Mama. These are the type of meal changes that have helped me and my clients lose oodles of weight, feel better and ultimately, live better.

Phat Green Mama tastes cool, refreshing, crunchy, very green and is almost entirely guilt free. There’s crunch coming from the fresh greens, warm comfort from the eggs and the not-totally-dry yolks, the mushrooms have their own lovely flavour enhanced by butter and garlic and no carbs. When you’re done eating, you’ll feel fulfilled, satisfied and not at all heavy. 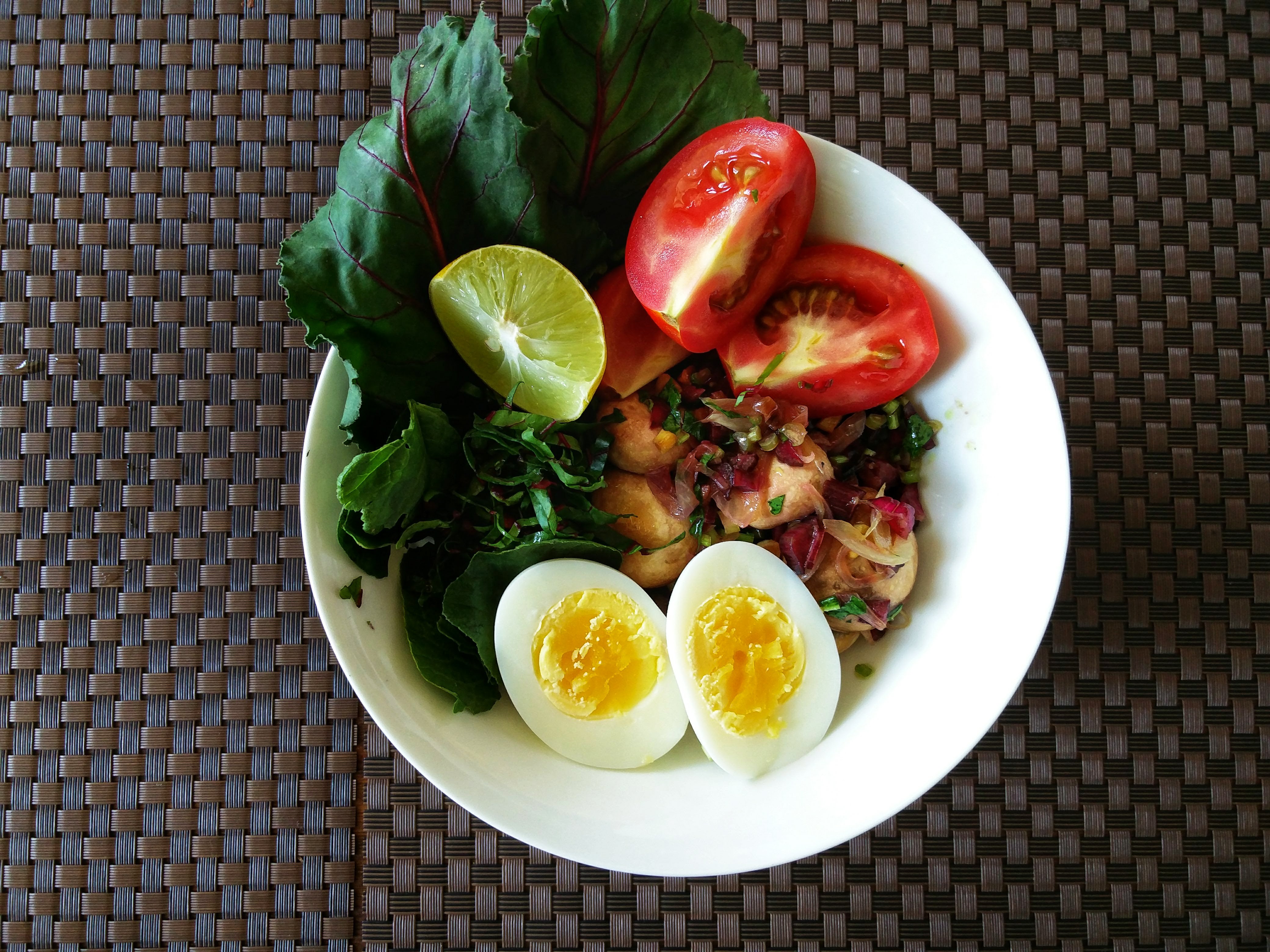