My love for cooking arose from the kitchens of ‘East End’, in Cannanore, where my grandmother stirred and shook and whipped up the most delicious delicacies. The kitchen was old fashioned. Wood fires burned throughout the day and my grandmother who was called Mammu, by all her grandchildren, had to blow frequently through a long iron tube to coax the fires to blaze. Mammu was an excellent cook. Her stews, cutlets and fish curries were cooked to lip smacking perfection in that smoky kitchen where she frequently wiped her teary eyes with the end of her saree. There were other women by her side to aid the process. A large built woman named Tachi sat on the roughly tiled floor with a large grinding stone in front of her. Her only job was to grind the various masalas and coconuts to a fine paste. Turmeric, chillies, coriander seeds, cumminseeds, sesame seeds, poppyseeds, ginger, garlic, cloves, cinnamon, cardamom, were all ground fresh, everyday, on that gigantic stone. Mammu, 80 at the time would sigh as she bent to check if the coconuts had been ground to the fine paste she needed. There was another woman to pound the jaggery along with grated coconut and roasted and powdered rice powder to make the most delicious ‘Ari undas’. Mammu would laboriously press the mixture, after over an hour of pounding, into large ‘laddoos’, which my brother and I eagerly devoured as soon as the first ones were made.

The long dining table at East End, covered with a white damask table cloth, was always laden with food. Breakfasts were enormous and everyone seemed to eat everything. Eggs fried sunny side up and toast, butter and jam were the standard fare, accompanied by the main dish which could be anything from Dosas and idlis to vellappams, iddiappams, puris and potato curry, rice rotis with the fish or mutton curry that had been cooked the previous night, puttu (rice cakes)and ‘kadala’( black chickpea) etc etc the list is long. Cooked Oats and milk and sugar sat in a corner for anybody who felt the urge to eat light. Nothing was wasted as the servants were all fed in the kitchens after each meal.

I often slept with my grandmother snuggling against her softness, savoring the smells of the kitchen that enveloped her person. Even though I had a poor appetite and had to be scolded and cajoled to eat, I loved the Minced Meat Cutlets my grandmother served with locally made loaves of bread generously spread with fresh home-made butter. Let me share with you, the recipe, handwritten by Mammu in her meticulous style, her handwriting closely resembling the cursive writing books of the time.

Heat oil in a kadai and fry the onions, garlic, ginger and green chillies together until the raw smell disappears. Do not let the mixture turn brown. Add the ground cumminseeds and mustard powder and fry for a minute. Now add the minced meat and cook for ten minutes until dry and aromatic. Add the vinegar and salt and then the mashed potatoes and mix thoroughly. Remove from fire and let the mixture cool. Shape into cutlets, dip in beaten egg and bread crumbs twice over. Heat oil in a frying pan and fry the cutlets to a golden brown color. Eat as soon as it is fried as it softens and looses its crispness when it is reheated in a microwave oven. These cutlets can be frozen unfried and kept in the freezer for upto six months. Do not heat the frozen raw cutlets in a microwave before frying, instead lower the cutlets into hot oil and then cook on a low flame until they are golden brown. 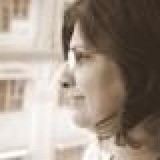