Haute Saute, just about 6 months old, is located at one corner of the very fun GK 1, M block market. The restaurant is comfortable enough with its low lighting and cushioned seats, and the cool blast from the air-con was rather promising when we walked in one humid Sunday afternoon.

The service was well-intentioned and sincere but rather confused, and after a point, annoying. We were asked how every dish was before we even tasted it – for one particular item, we were asked thrice!

The menu is a prime example of a typical “Delhi café” menu – so it had their versions of Mexican, French and Italian cuisine. Indian food was conspicuous by its absence – I found that a brave move. Imagine a three-pegs-down uncleji walking in and asking for paneer tikka masala and being told there wasn’t any!

After a cold coffee (executed just the way I wanted it – no sugar and very strong), we ordered the signature Baked Macho Nacho Chicken (300) and Fish Fingers (340). The nachos were crisp and came with the famous trio of guacamole, sour cream, and salsa. The dish had heat from the spicy refried beans and probably 2 miniscule pieces of chicken in the entire dish. The 6 minuscule pieces of fish fingers were light (beer-battered) and the tartar accompaniment was done just right (love the chunky bits of gherkin), with a large part of the platter occupied by French fries.

Next we ordered what was a specialty there (a whole page on the menu is dedicated to it with details on how it is cooked and served) – Parmigiana. We tried the Bolognese (375) which was essentially pieces of eggplant, coated in a dry meat sauce and cheese, and then crumb-fried. The flavours were good, but the eggplant could have been a thicker slice, and the dish as a whole was rather heavy. We couldn’t manage more than a few bites. Please choose the salad and not fries as a side with this dish unless you’re courting a heart seizure.

For our mains it was the very well plated Garlic prawns with Rice (570) and Haute Saute Chicken Piacere (480), another signature. Both were rather disappointing. The prawns were over-cooked and rubbery, and the dish tasted of nothing except cream. The chicken breast was tough and all the bacon and mushrooms in the world couldn’t save the dish. The mashed potatoes that came with it was pretty decent though.

Three desserts were available we were told, so we tried Vanilla Brulee (230) and Cardamom Panna Cotta with mixed Berry Compote (240). The brulee had a disproportionate ratio of custard to hardened caramel (hardly any custard), which made it overly sweet. The Panna Cotta was a bright white, and came to our table in its wobbly perfection. I loved the hint of cardamom in it, but the accompanying compote, although it added a lovely blood-red colour, was just too tart.

Haute Saute needs to improve their food. Stop by only for a few snacks and perhaps a beer, if you’re in the area. 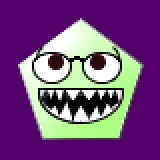 is a language editor by profession, a foodie and a talented baker. When she isn't pulverizing a training dummy (and people sometimes) during kickboxing practice, she can be seen clicking away with her camera and scouring markets for hard to find ingredients. She's fond of travelling and an inveterate carnivore. Charis covers New York for Chef at Large and can be reached at charis.bhagianathan@www.chefatlarge.in