The Secret Garden stands as South Delhi’s most exclusive cocktail bar. Built under the stars and supported by a uber chic cocktail menu, The Secret Garden is ready with all-new infusions and seasonal cocktails and an eclectic line-up of artists. With a lounge atmosphere and a Deephouse/New Disco groove, The Secret Garden is the ideal bar to unwind after a long day at work and spend the weekend to catch up on the latest gigs in town! The Tapas style food menu serves up house made Chorizo Goat Cheese Tartlets, iconic Jacket Potatoes, Pulled Lamb Sliders, Walnut Arugula Blue Cheese Crostini and an array of bar bites that pair perfectly with the cocktail menu. Sip on our house special infusion cocktails, under the stars and experience Life After Dark at Delhi’s only speakeasy, 2.0, The Secret Garden.

Back in Black welcomes KaMaZaKi on the console with a Weekend Special DeepHouse Set! KaMaZaKi A.K.A Dishant is one of the half of the Deep & Minimal Duo. His Sets come fully equipped with Energetic Grooves and Dark Melodies using his ever expanding collection of music. He started about 10 years ago with a desire to put his music out to the world. His deep passion and endless thirst for music led him to play at various clubs and bars. His favourite artist are Wehbba, Maetrik, Pete Tong, Paul rogers, J&M brothers, Robert Babicz, consequently KaMaZaKi’s taste and skills kept developing as his sets are an electric fusion of futuristic techno, always portraying the newest trends from the global scene. KaMaZaKi style of playing swings from lounge to chill house, den deep house to tech, den techno with lots of futuristic sounds, his latest love for New Disco is what has the party scene pumping!

Because ‘one is never enough’ we have Zuheb Khan on Tabla! Zuheb Khan, all of 22 years old belongs to the famous Ajrada Gharana. He is the son of Ustad Naushad Ahmed Khan, fourth generation of musicians hailing from the gharana. Zuheb took his training from well known tabla player of Ustad Akram Khan and Ustad Jashmat Ali Khan. He’s been playing since he was 3 and had his first performance at the Russian embassy at age 5. The ajrara Gharana was founded in the 19th century. Clarity of sound is the hallmark of the gharana’s playing style. They include bol-patterns that are rather complicated with barabar and ad laya, which Zuheb then blends into commercial digital music to create a sound so unique, you have to hear it to believe it! Live under the stars!

Event: Back in Black 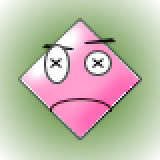