There’s something about Chandigarh that keeps drawing us back for more. I’m quite certain it’s not the food alone, nor the people, or the roads, or the relative calmness that Delhi lacks so severely. Maybe it is a combination of all of the above and then some. But we sure know that at Chef at Large HQ, we love to go back at the drop of a hat. This time around, we got a chance to explore Chandigarh and Patiala in a Nissan Terrano and I’d be lying if I say we didn’t love every moment of it.

The Road to Chandigarh
Many of us living in Delhi have had the chance to travel up to Chandigarh on our way to the hills. The road that used to be infamous for a rather dismal ride, though lined with good food on both sides all the way, went through a transformation few years ago. Et voila! Wide and well laid out tarmac awaits travelers on their way to the City Beautiful.

The road allows opening up of the throttle at most points allowing one to test vehicles for agility and ride comfort. Speed limits on most stretches of the highway are very realistic, so there’s plenty of fun to be had on the drive for those who like to feel their ride – a feat that the turbo-charged engine of the Terrano accomplished with ease. The scenery may impede speeds a little, but I doubt anyone would complain about it. Although, staying sharp and keeping an eye out for inter-state buses is advised.

Chandigarh city police enforces traffic rules very strictly, therefore it is advisable to observe speed limit and other traffic rules at all times to enjoy the drive. The Terrano doesn’t disappoint on this front with exceptional handling in city traffic. Staying within the speed limit proves easier than expected with no loss of power whatsoever as the Terrano navigates through lanes.

No trip to Chandigarh is complete without the first stopover at Murthal for stuffed tandoori paranthas and white butter. The ride to Murthal from Karnal Bypass is short and comfortable, making it an ideal breakfast getaway destination on weekends, provided you prefer paranthas over French toast for breakfast.

Every one recommends Amrik Sukhdev as the perfect spot for paranthas in Murthal. However, we tried out the offerings at No.1 Ahuja Dhaba. Must say, I’m not an expert in paranthas, but the ones they serve at Ahuja’s might prove to be a little too thick for some. That said, they taste just fine and warrant a visit every now and then to check the hunger pangs that only paranthas can satiate.

This stretch of road has practically nothing out of place or interesting in terms of ride quality other than perhaps the food that one would like to write home about. But then, it does serve as the beginning of the journey towards Chandigarh and beyond for most travelers taking this road.

The nearly straight and long stretch between Murthal and our next stop in Ambala served well as a test track for a thorough check. Once the driver gets to open up to the car and gets into the flow of the drive, the real deal begins to emerge.

Lunch with Puran Singh of Ambala

Puran Singh is an institution in the city of Ambala. Located on the highway, just off the road leading into Ambala Cantonment, Puran Singh’s Dhaba is known far and wide for its mutton curry that is supposed to be like no other in all of Northern India. Such is the legend that there are many establishments on the same stretch that have adopted the same name with absolute disregard to copyrights. We weren’t in a complaining mood though and dove right in.

The mutton curry at Puran Singh’s Dhaba looks and tastes like any other mutton curry you’ve ever had. However, pay a little attention and the layers of distinction begin to unravel. Cooking mutton is no easy task. The gamey, almost fat-less meat of a goat is not very suitable for a quick fire recipe and no amount of flavors can rescue such an attempt. Sadly, that is what one encounters most of the time. I remember, on a trip to Mumbai few years ago, I was served an oven-roasted mutton dish with some very interesting flavors – prunes, black pepper, lavender and a few more. But, the meat was undercooked and it just refused to go down the hatch. The matter was brought to the chef’s notice who came back with a rude half explanation on his creation and how I was not qualified enough to know any better. Perhaps. Despite that, I do know I like my mutton to be cooked with the bone on a low flame for a longer duration, such that the meat should stay on it while serving and fall off it on cue.

And that is where Puran Singh’s mutton curry scores on, big time. Slow cooked to tender perfection, the meat stays on the bone when served and falls off the bone with a slight flick of the fork and barely any effort from the wrist. Those who would like to equate it with a Nihari may do so, but it still remains a very different dish altogether.

Interestingly, the lunch served as a weather checkpoint for the day. The skies decided to open up for a while and pour down relentlessly on the small town, inundating the town square for a while in knee-deep waters. Navigating through the puddle in a car with 205mm ground clearance seemed like an uphill task, one that the Terrano accomplishes with ease. Perhaps the only thing that felt a little odd was the positioning of windshield wiper and indicator controls that seems to have been done according to left hand driven cars and takes a little getting used to. The throttle response is better than acceptable. The turbo-charged engine can be very throaty on acceleration and quiet when asked to, delivering an excellent power response whenever required. The six-speed manual transmission is a handy feature to have on a highway. The average fuel consumption figure we could gather from the car’s instrument display was at 14.1kmpl. The reverse gear has a nifty little feature that sets it apart from the crowd. It requires the driver to pull up a latch on the shift stick to engage the reverse gear along with an audible beep alarm to indicate gear engagement. This is a feature that should be made available in all other cars as it may render any possibilities of accidental engagement of reverse gear completely obsolete.

As one heads towards Punjab, the local obsession with anything that has some connection with foreign shores gets rather endearing. The long, leisurely drive was beginning to take its toll on all of us and all of us were in need for a cup of coffee, Nik’s in Dera Bassi was a stopover as good as any. Nik’s Bakers profess their Aussie connection through their chief baker and that works like a charm for the local consumers. That said, the fare at Nik’s is not bad at all. Their coffee roast may need a slight tweaking, but their sandwiches and pastries are most definitely above average.

It marked the last stop on the way as we approached Chandigarh, our home for the next couple of days. Once we checked in and went back to the car to pick up our bags, only then did we realize the space inside the car. The boot is spacious, so is the cabin that accommodates passengers over six feet tall with ease. Legroom is plenty for the front and rear seats, but that does not improve the seat ergonomics as described earlier. Multiple cubbyholes placed around the cabin are very comfortable to reach. Within the city limits, the car navigates through slower traffic with as much ease as it demonstrates on the highway at a higher velocity, with the engine response never running out of the driver’s control. It handles curves with relative panache and straight-line speeds are very impressive.

The Terrano is an overall impressive package in terms of power delivery and handling and reasonable fuel consumption for a vehicle of its weight and size. The car has a good road presence without being menacing and lives up to its reputation. 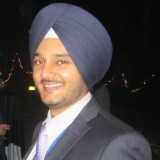