Close to what your memory serves

But none of the above were the deciding factor, when one humid Saturday evening I walked into the famous Andheri  branch. What took me there was this ‘un-defocus-able’ craving for fish, in different style. The first thing that you notice about Pebbles is its welcoming setting. The tables are arranged wide apart, allowing one space to talk, discuss, even utter the odd moan while enjoying the desserts without any fear of being overheard. It’s clean and is void of any fishy smell that could be a put-down for non fish eaters.

The simple iPad menu is in fact pretty elaborate, informative and even eggs you on towards being more experimental. The Prawn Curry (gassi) for instance can be made in the traditional Malwani style, but if you want, there is an option to twist and turn the dish. Plus, an option to go extremely experimental – like Prawn with garlic and cheese.  It’s the same for cocktails!

The fact that one can see and change an order before it arrives on the table is a nice touch. What adds to it, is the prompt service.

Pebbles’ strength of course is its coastal cuisine.  The restaurant vouches for the freshness of it’s wares and yes, all of it is so. The cooking method used is still typical home style, so the Malwani Bombil Fry (275) comes crispy on the outside and extra soft inside. Perfectly home cooked, but I would have liked a little texture and chewiness that was missing. The Fried Squid (275) on the other hand made up for it. Although, rawa isn’t used as much in Mangalore to prepare the dish, the addition made it more Konkani. But it tasted pretty close to those I have had here. The Spicy Crab Soup was a total let down. Low on crab meat, high on chilies chillies and chunks of coriander; it could be best described as a chili-coriander-cornflour soup and not much else.

The pick me up point is however the Marwai Sukka (325). A clam shell preparation, it oozed flavours with every bite. The stand-up point of the dish is of course the masala. Made of grated coconut, kadi patta and traditional Mangalorean masala, it was just as it is made back home. In fact, the Marwai masala forms the base of a number of chicken, mutton, prawn and even fish dishes. This was followed by the rightly tempered Prawns Gassi (595) and two plates of Neer Dosa (95). Of course, with N number of restaurants serving gassi, the dish didn’t come as something new, except for the soft prawns. Unlike many other places, the prawns here were big and succulent.

Incidentally, the same can be said for the chicken served here, though we would reserve our comments since all we tried was the seafood; specialty at Pebbles. But now I can confidently say: Pebbles may be an expensive place, but for the sheer home-like dishes and smile-inducing portion sizes, it is worth a second and third try. The food and experience here stays well with you days after the meal – our recommended place for seducing your taste buds; especially if it’s a seafood affair that they want. Ed: Cover photo (above) is not from Pebbles, Andheri, Mumbai. 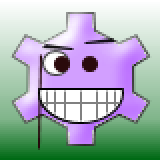 Madhulika is deeply interested in eating, sniffing, looking at and writing about food among other possible activities. Madhulika enjoys trying different types of food and travelling to distant locations, with the North Pole and Timbuktu prominent in her wish list.

Madhulika covers Mumbai for Chef at Large and can be reached at madhulika.dash@www.chefatlarge.in