Oktoberfest comes but once a year, so getting it early is like well, Christmas in July. I knew I was in for a treat since the man at the helm, the Sheraton Bangalore’s Executive Chef Bela Rieck, is himself German. The American versions of Oktoberfest I have enjoyed, generally revolve around sausages and beer, with some folk music and feathered hats and traditional attire thrown in for good measure. A good time for all, definitely, but not haute cuisine or haute anything.

Now, the Sheraton being the Sheraton, and Chef Bela being who he is, the focus was on authentic, tasty, different, and beautifully presented food. This Oktoberfest is a treat for meat lovers (and a bit of a starvation diet for vegetarians, unless you’re an avid fan of cabbage) and an opportunity to taste authentic, home style German fare. The fest is on at Feast, the all day dining restaurant, as part of their lunch and dinner buffets.The lunch buffet is 995++ (without alcohol), 1495++ (with unlimited beer) and dinner is priced at 1145++ (without alcohol) and 1495++ (with unlimited beer). The German cuisine will be available through this weekend-the fest ends on the 23rd.

My one complaint, well actually, sore disappointment, was that the beer available was good ol’ Kingfisher-and nothing else. I was all into the idea of getting my hands on some mugs of German beer, so this was quite the let down. Apparently the Sheraton ran into trouble getting the requisite permission to import the beers, and were also unable to convince any of the local breweries to brew a batch for them. Spoilsports, the lot of them! Still, as a foodie and non-vegetarian, honor was more than salvaged by the sumptuous repast.

There were pretzels and many other kinds of most delicious bread, served with two types of accompaniments-herb butter and Obatzda spread, which was a combination of Cheddar cheese and butter with spices, an acquired taste, at best. There were a couple of versions of potato salad, mini German patties with hot mustard (most delish), chicken Schnitzel, pork baked in bread dough, made to look like a piggy, and with a flavor and texture quite divine, Bratwurst with mustard, delectable chicken dumplings in a fragrant caper sauce (possibly my favorite item of the evening), beef roulade, bread dumplings with a creamy, delectable mushroom sauce (wait, I lied-this was my favorite!), Sauerkraut, red cabbage which was just amazingly flavorful, cheese noodles with bacon, and well, a few more items that I (no surprise) was unable to try.

Being fuller than full did not, of course, stop me from sampling dessert, and as always at the Sheraton Bangalore, there was a range to choose from. I started with red berry compote, which had the perfect piquant, black forest cake (but of course, at a German fest), waffle with vanilla sauce (tasteless and a little hard-not a good waffle), and a variety of other pastries and cakes. In particular there was an almond encrusted tea cake that hit all the right notes in my mouth.

The extra element was the gingerbread cookies (in the shape of giant hearts) that diners were encouraged to decorate with icing (my efforts were pathetic, as to be expected from the kindergartener who cried ’cause it was art class!) and then wear around their necks. The German section of the buffet was also decorated with these hearts hung up with artistic messaging in white piped icing, alongside little blue and white checkered flags. Nice touch and a fun element. Oktobersfest in September was a rockin’ good time! 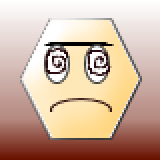