The concept of an all day buffet restaurant isn’t very popular in India but with our penchant for ‘all you can eat’ buffets, it’s time has probably come. Burgundy’s in the upmarket neighbourhood of MRC Nagar, is a restaurant that follows this concept.

Burgundy’s comes from house of Vipin Sachdev  and Chef Willi who also manage Kryptos, a Greek restaurant and two Tuscana outlets, is housed in the same building as Somerset  Greenways Apartments (close to the new Leela Hotel)  that also has a bar and a proposed Chinese restaurant.

Diners are welcomed at the entrance with coconut water to encounter the lavish spread within. Vegetarian and non-vegetarian salads form two ends of the buffet and include some interesting dips. The hummus would do any specialty restaurant proud. Salads also pass muster. The central spread has soups at two ends, a live appam counter and a grill station in the center. Beef, chicken and seafood are offered from the grill. During our first visit, we had the option of choosing our seafood and then having it grilled to order with marinades of our choice. The grills were a disappointment during our second trip with pre-marinated seafood, mostly with very spicy marinades. What was more irritating was that they refused to do a simple grill with olive oil and salt for my son who loves seafood but doesn’t eat spicy food. Appams are nice and accompanied by sweetened coconut milk, they also form the perfect dessert for me.

Pizzas are amongst the best I have eaten at a buffet. Having eaten at the two Tuscana restaurants, I think Chef Willi has done a commendable job in standardizing the quality of pizzas. Unfortunately, their oven wasn’t working during our second trip and lack of regret or an apology was a bit unprofessional.

I generally give the curries, biriyanis and some baked dishes a pass and having tasted bits and pieces, I don’t think I have lost out on much. Shawarama and sushi extend the multi-cuisine theme. The sushi is mostly rolls of average quality and one shouldn’t expect nigiris in a moderately priced buffet. The shawaramas was decent with even the bread baked freshly in their pizza oven. Dessert spread is similar to what you would find at most 4-star buffets. Burgundy’s also has a good choice of ice creams.

Good spacious interiors,  a lawn outside and a small play area to keep the kids occupied, priced at about Rs. 1000, Burgundy’s is good option for a leisurely weekend lunch. 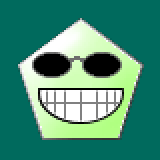 a well travelled, enthusiastic foodie who doesn't suffer culinary fools. He has an overwhelming passion for food, be it a tasty morsel off a street side vendor or a gourmet creation from a Michelin starred restaurant. He blogs at Culinary Yatras